"A farmer: thick shoes, thin brain", says the proverb. But who was the farmer? What was his way of living? A past not so distant in time, but radically different in the way of living, reveals its secrets in a 1200-piece collection of objects, which depict a now disappeared human landscape. The rural world, which we imagine, is often rich in stereotypical representations: life in the past was not only hard work, poverty and hardship. The Museum aims to illustrate the peasant life from the point of view of its protagonists, of those who experienced it first-hand. The rural world is documented to record constant changes in society, and to maintain the cultural heritage, which belongs to the people of today, so that future generations can understand and guide their actions knowing of their past. The museum represents the complexity of the rural world, its activities, its knowledge and traditions through its material legacy: more than 1,200 items, including tools and machinery. Two sections, organized into separate spaces, illustrating different activities and the evolution of the equipment itself. The beauty of this small museum has been growing over the years thanks to the contributions of many farmers who have donated most of the objects and machinery on display. A reminder and a special thanks go to Dr. Ernesto Bressan, who made people aware of those aspects of rural world destined for rapid abandonment in today's context. 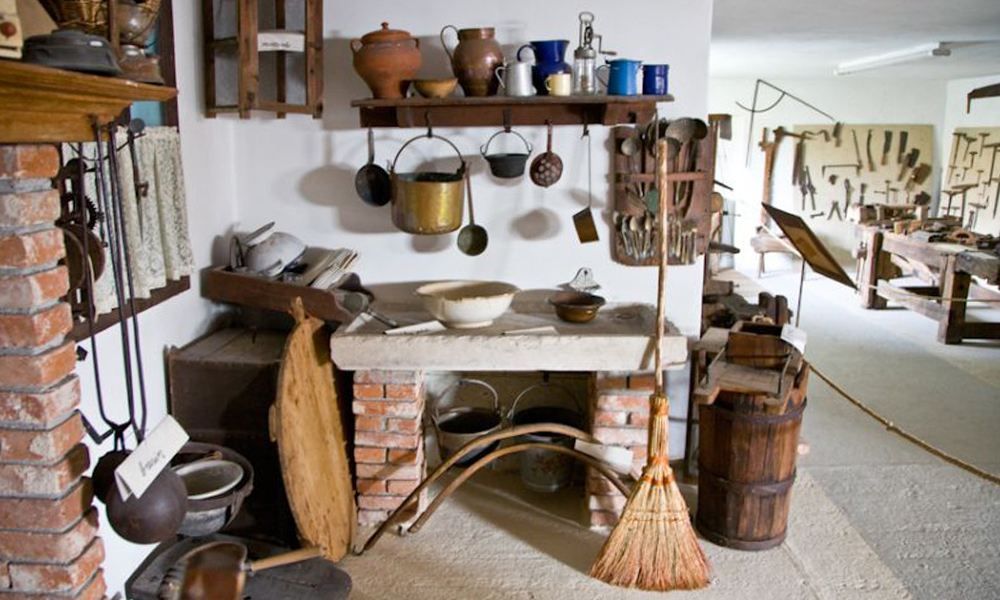 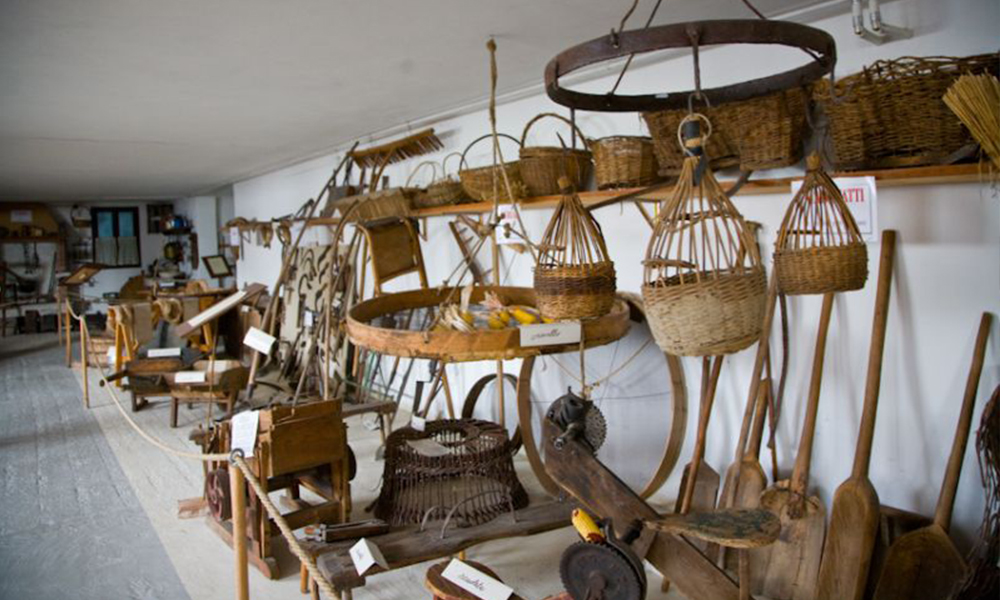 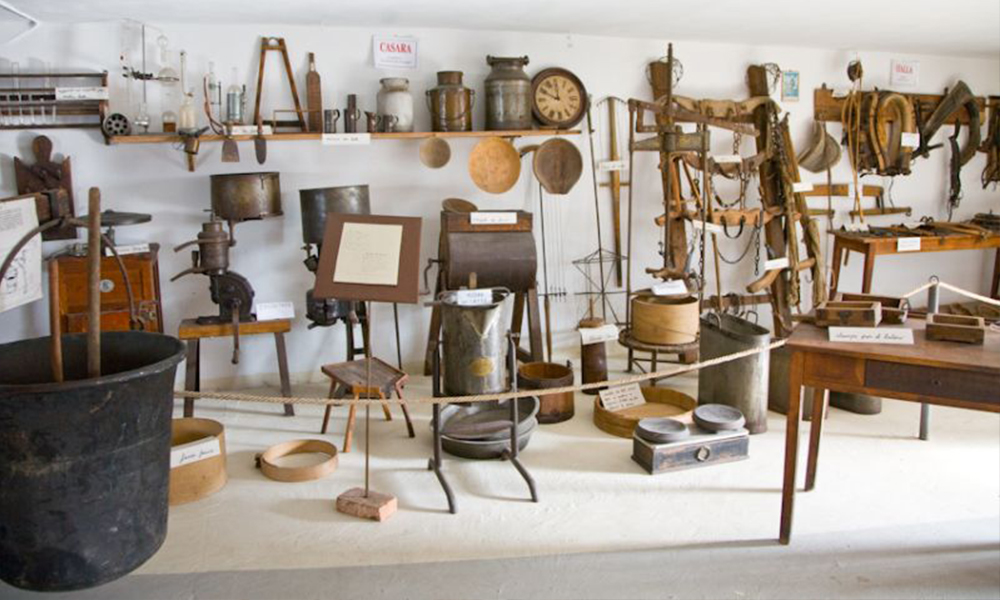 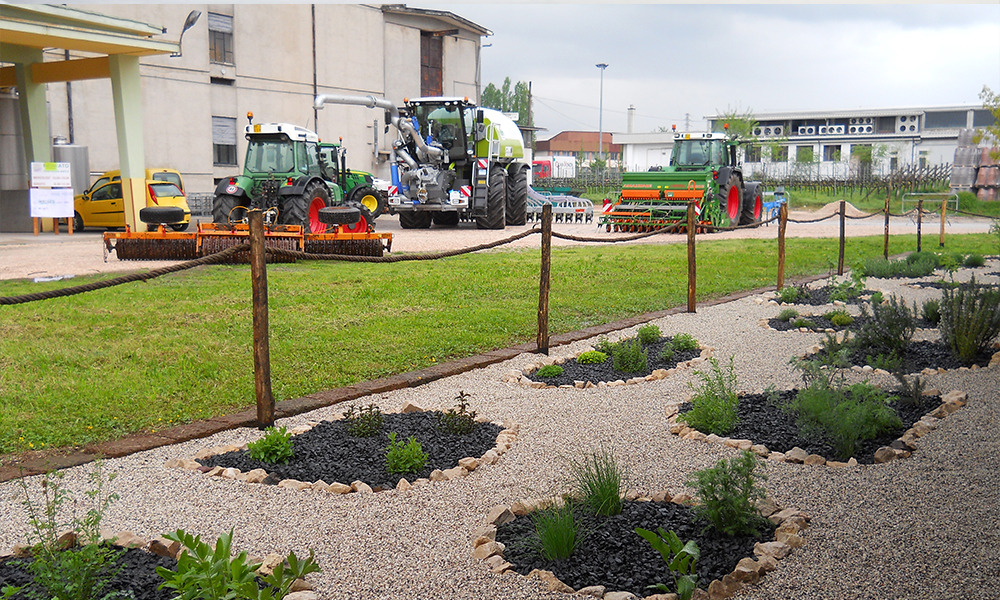 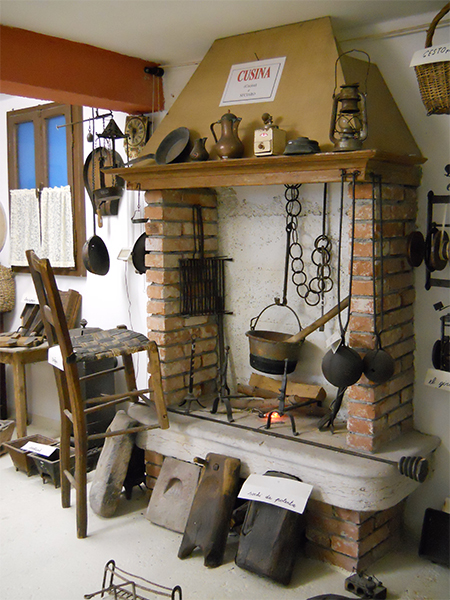 The visit
The museum allows to retrace interesting aspects of the recent past, which characterized the lives of many families involved in agriculture, the rhythms of seasons and work activities, the relationships between neighbours and relatives. Visitors can well understand the differences between the reality linked to a closed household economy, and the economy developed due to the strong influence of the industrial type organization of work. You can see plows, seeders, "sàpe", "solcaroi", witnesses to the cultivation of fields, and other farming tools: the "ronchéto" for the pruning of vines, the "torcio" for grape pressing, the "tajafoje" for silkworms, and the "rastéli" to collect hay. The support of the domestic economy was contributed by breeding of poultry and pork, breeding of the "cavaliere", silkworms, and by processing of cow's milk into dairy products. In this little specialized world spreads the art of getting by, and a farmer demonstrates also the ability to perform small works of handicrafts, carpentry, and shoemaking. A number of exhibition spaces has been created for these additional crafts: the "socolaro" (clog maker), the "scarparo" (shoe maker), and the "marangon" (joiner). Life was punctuated by seasonal agricultural activities, but at the same time it was lightened up with parties, moments of carefree joy and conviviality, where people gathered to give thanks, and to share their products, or simply to "fare quattro ciàcole" (chat). We are unable recreate the "filò" (stories), but we can remember them while watching the faithful reconstructions of spaces, the centre of domestic life: kitchen, bedroom and stable. Duration of visit: 1.5 h
The history
Close

The Val Leogra Rural Civilisation Museum was founded in 1974 on the initiative of its founder, Dr. Ernesto Bressan, who worked as a consultant with local farmers on behalf of the Ministry of Agriculture. Involving 108 members of the “3P Club” in Schio, Malo, Molina and Isola Vicentina, he started the collection of materials, which document the rural foothills of the Veneto region and, in particular, Val Leogra, dating from the second half of the nineteenth century and the first half of the twentieth century. His sensitivity was focused on those aspects of the rural world, which were destined to a rapid abandonment due to recent technological innovations: he began a collection of what was still available in the area, able to witness the techniques of processing and transformation of what was grown and produced locally.

Thanks to the enthusiastic contribution of many farmers, the first collection was officially inaugurated in 1976, consisting of about 300 objects housed on the premises of the Cantina Sociale di Malo.
Four years later, the inauguration of the Machinery Pavilion took place, also located in the appurtenances of the Cantina, in the adapted mobile barns used by the IPA for exhibitions and fairs of cattle. It was used to accommodate large machinery and equipment.
Since then the collection of goods has been uninterrupted. To date, there are a thousand pieces of equipment housed at the Cantina and about two hundred in the Pavilion.

Other days on appointment.