The everlasting charm of working tools used in trades, which nowadays have disappeared. A tangible evidence of everyday history, even if not very remote, and of local culture and lifestyles, which today have changed a lot in the borderland area. Various objects and explanations of their use illustrate the history of the mountain people of the Upper Leogra Valley. In the museum reconstructed around the fireplace, there is a kitchen with a range of nowadays obsolete furnishings. Other tools are grouped by profession, to represent those most common in the valley: farmer, forester, winemaker, blacksmith, carpenter, shoemaker, butcher and dairyman. 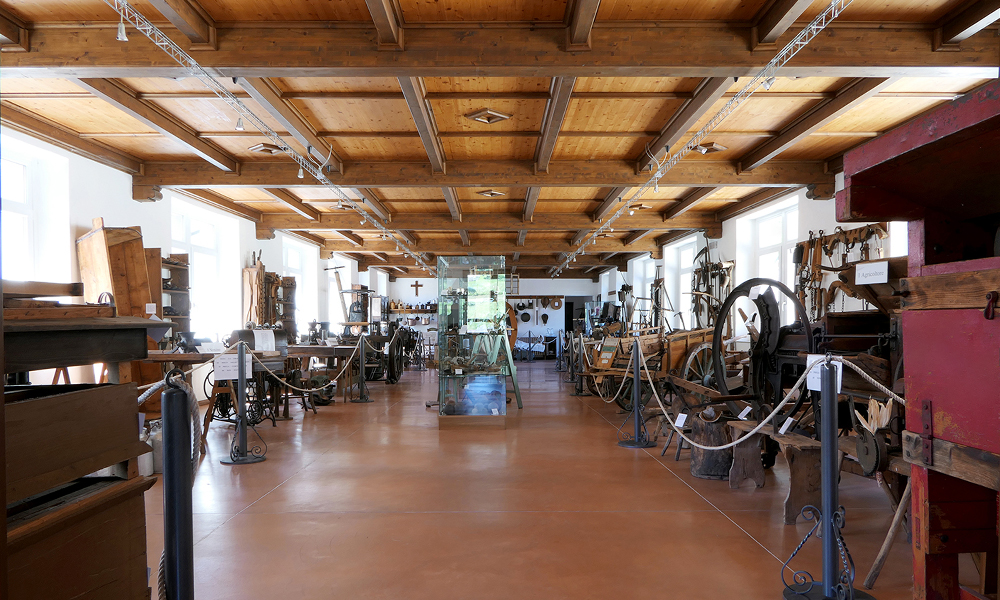 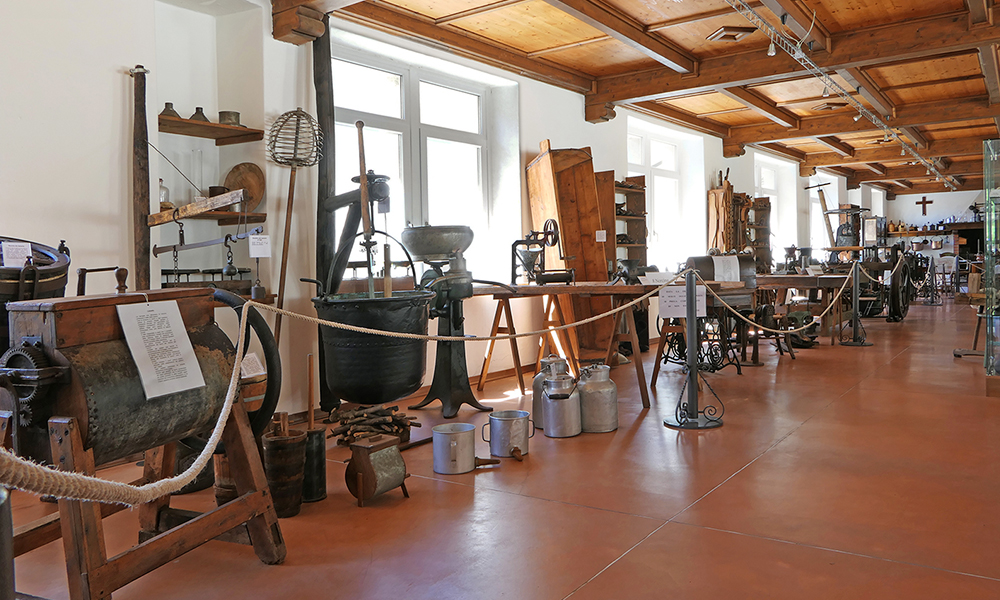 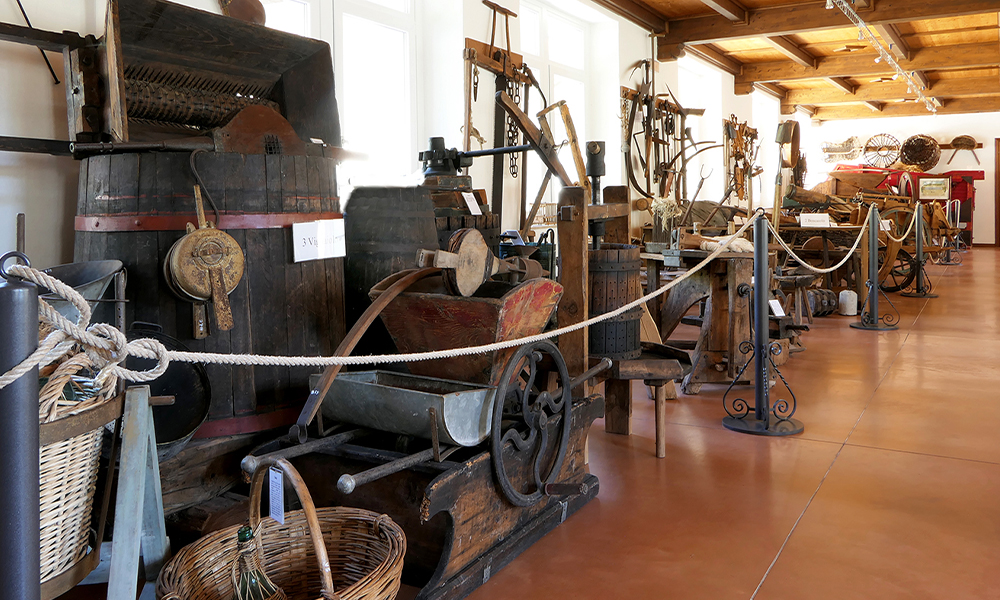 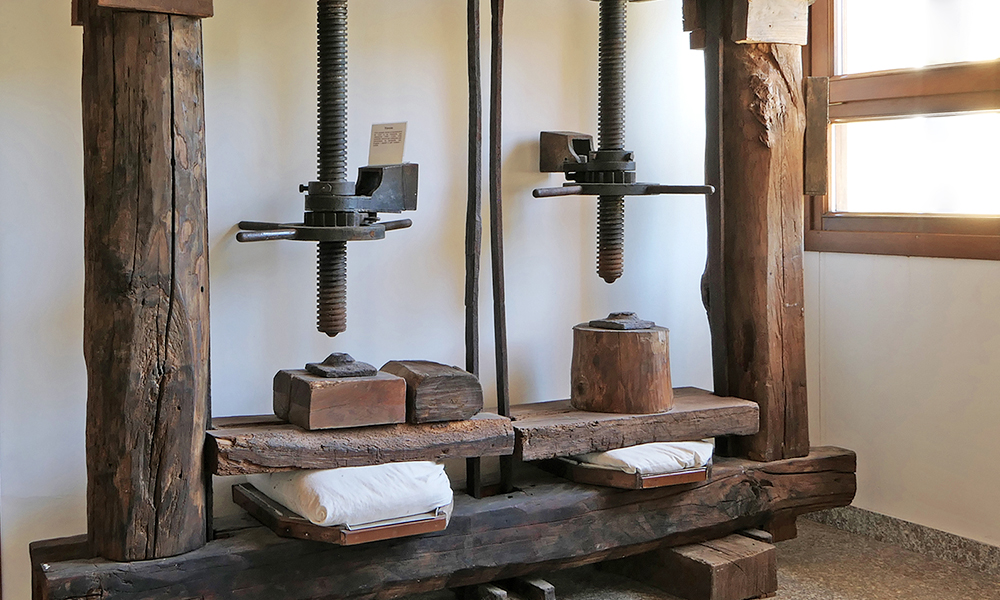 The visit
A torcio (press) for pressing the mixture of walnuts and hazelnuts in order to produce oil for lamps and furniture. Gavegnà or caponara for the transport of hay or leaves in autumn, to use as a bed for cows, to facilitate cleaning of the barn and protect it from moisture. Little trebbia (thresh) for wheat, grown in the sunniest plots of land, brought in neighbourhoods as needed. Starting from the '60s, the cultivation of this crop, and the cultivation of corn or maize have almost entirely disappeared. A gerlo for carrying manure on one shoulder, to be spread on fields as natural fertilizer. A carretto (cart) for transport, with mandatory license plates, evidence of payment of a fee, which nowadays became the car tax. Pedal benches, simple clamps, to work in the barn and wooden pegs to create stepladders. Twig-binder to tie the twigs for easy transportation. Winepress for grape pressing and kneading machine for mincing. A model of a kitchen of the period, with many furnishings: a brusin to toast coffee and barley, grinders, a caliero attached to the chain, a tajapan, a tajacapusi to prepare sauerkraut from cabbage, a seciaro with all the beautiful components, a mestelo da lissia, a small cupboard, a bigolaro, an old iron. In a corner, a crib, strollers, headbands for babies and a monega to heat the bedding. In the blacksmith's shop: a hand drill, a forge and an anvil are the displayed working tools. The carpenter's shop (joiner) presents the counter with numerous plummets, clamps and saws. The little cobbler's shop is full of all of his tools and contains his workbench. Numerous moulds used to model shoes and not just for repair, wooden clogs and old hobnailed boots, are displayed in the cabinet. An interesting display of a butcher's table and various tools for cutting pork, popular activity in the past when all the families kept pigs. Every district of the Valleys had a casara (dairy). The morning and evening milk, after weighing and analysis, was poured into a flat container in the evening, and the next morning the dairyman took away the cream with the spanarola (a typ of a flat spade) and deposited it in a bucket waiting for it to be turned into butter with various churns. The heated milk was curdled in a vat, and then crumbled with triso (a type of a mixing tool) to separate it from whey; carefully collected, it was then divided into fasare (round wooden containers) compressed for discharge of the remaining whey, and then salted and cured. In the cabinet adjacent to the door, you notice clothes and a list of bridal trousseau, barber's tools and an ebulliometer to measure the level of alcohol. Visits to the Museum are hosted by a cultural worker, a volunteer from Pro Loco.
The history
Close

In the eighties, some enthusiasts from Pro Loco, while touring the districts of Valli del Pasubio, have collected and recovered instruments, machines and tools commonly used until the mid-fifties.
This material has been waiting for a suitable place until in 1995, when it was placed in a large room above the Parish Theatre of San Sebastiano, thanks to Pro Loco and in collaboration with the Parish, which has restored the building with its own funds.
On 28 July 1996, the new museum was officially opened. 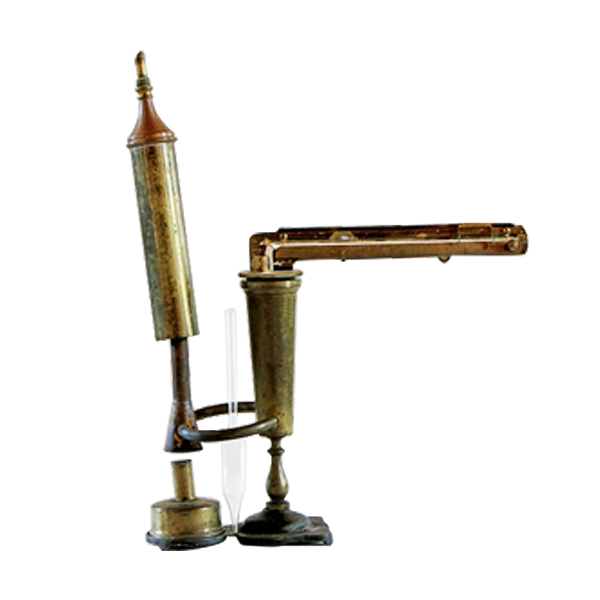 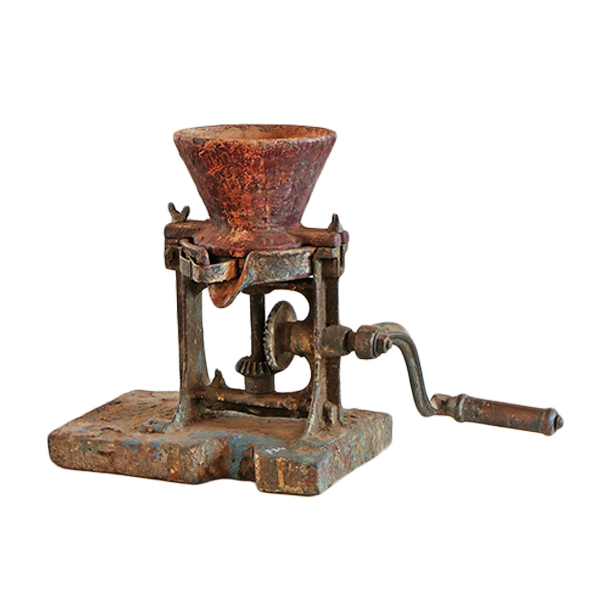