Fossils tell of a distant and mysterious past, and allow you to discover how the world was long before man came along. The museum becomes a place of encounter with the traces of the earliest forms of animal and plant life, and with the findings, which have been bearing witness to the presence and activities of man in the Agno Valley since prehistoric times. "Domenico Dal Lago" Civic Museum is divided into two sections, geological - palaeontological and archaeological, and stems from a large and mostly fossil collection, which Dr. Domenico Dal Lago donated to the City of Valdagno in 1929. There are about 13,000 findings, fossils, minerals and rocks, which come almost exclusively from the area of Vicenza; the environment of the past has been recreated through the study of territory and samples with its forms of animal and vegetable life. The archaeological finds of the museum come from the Alta Valle dell'Agno (the High Agno Valley) and represent human settlements across the region ranging from Lessini to the Small Dolomites. Housed in the historic Palazzo Festari, of the eighteenth century, in the heart of the historic centre of Valdagno, the museum includes a garden, called "brolo" (orchard), where you will see two large Sauri, wooden skeleton reconstructions of ancient reptiles, and the "living fossil" plants, which already existed in the times of the dinosaurs. 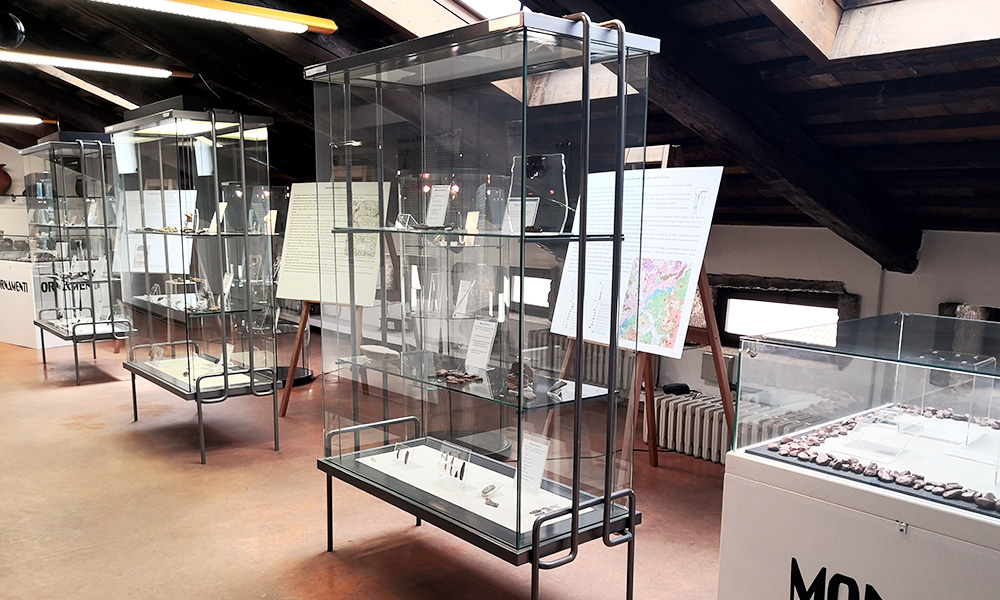 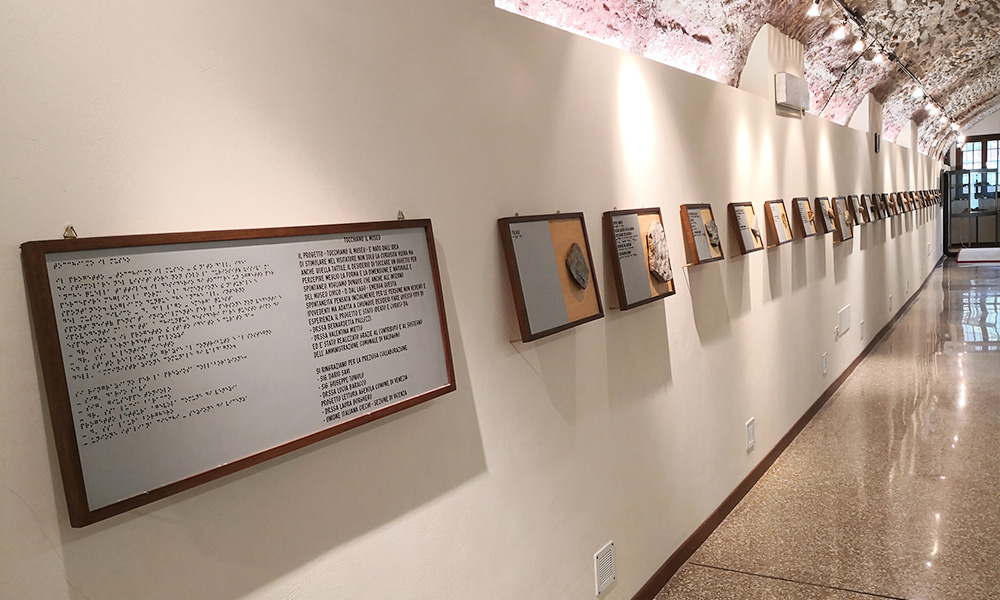 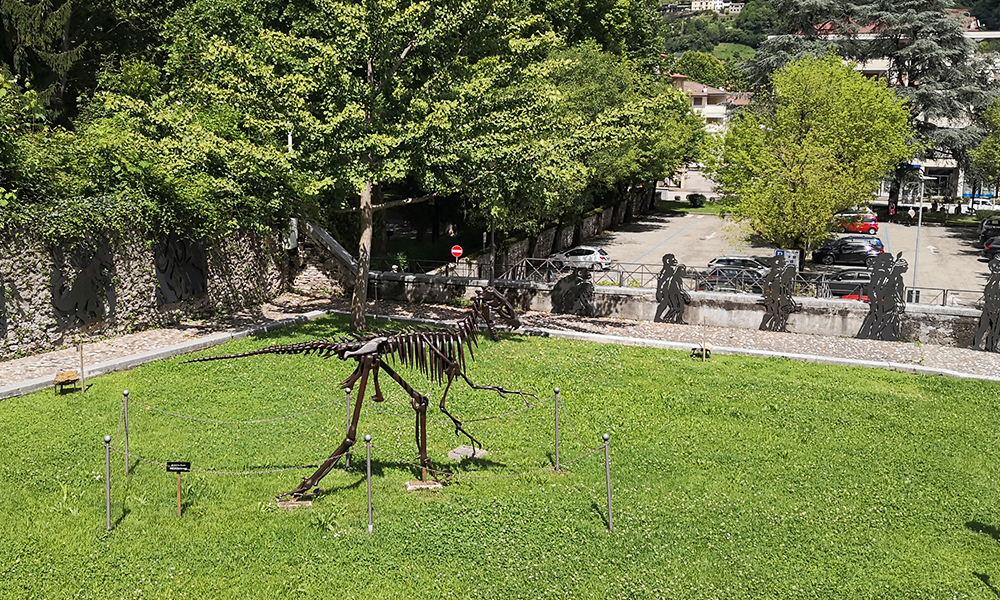 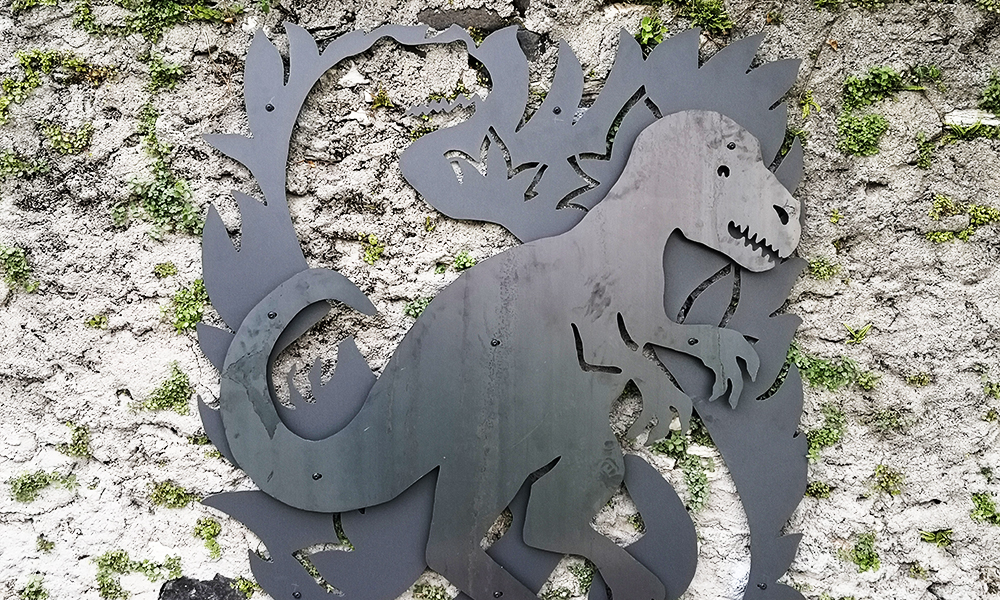 The visit
The Civic Museum of D. Dal Lago offers visitors a trip back in time to explore ancient environments, which have characterized the valley since 300 million years ago, and living creatures, which populated the area. Major changes, which affected the region during different geologic eras, are made more easily understandable due to the presence of colour tables, combined with every display, which reproduce the exhibits within their habitat. The new archaeological section collects and promotes evidence, which emerged in recent years, the long presence of man in Alta Valle dell'Agno, documented from the earliest times continuously until the Middle Ages. The garden features an outdoor teaching area with the reconstructions of two wooden lizards, a detailed pyramid with all the rock related information of the valley, living fossil plants and some illustrative panels.
The history
Close

The creation of the museum is a result of a long process of selection, arrangement, and historical research on the historical collection of Dr. Domenico Dal Lago, carried out by a group of geology and palaeontology enthusiasts, coordinated by Prof. Paolo Mietto of the University of Padua.
Various studies carried out on the collection and on the artefacts acquired subsequently helped deepen the knowledge of the ancient history of the territory of the Agno Valley and of the province of Vicenza.
Opened in 1995, in a hall of the Public Library of Villa Valle, it was transferred later to Palazzo Festari.
The Museum is constantly evolving, offers to the public a number of initiatives and continues the research, also aimed at spreading scientific knowledge related to the area.
In 2006, the Museum has opened a section dedicated to archaeology, created thanks to numerous artefacts deposited in the museum and as a result of excavations, donations and occasional findings in the area of Alta Valle dell’Agno.

other days by appointment for groups and classes. 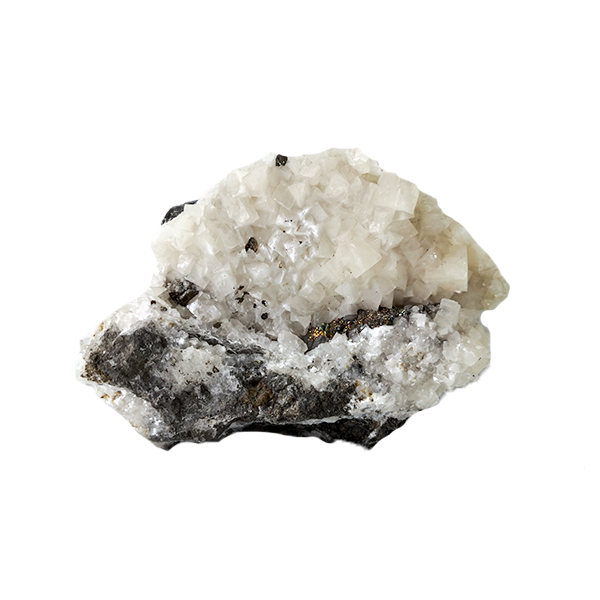 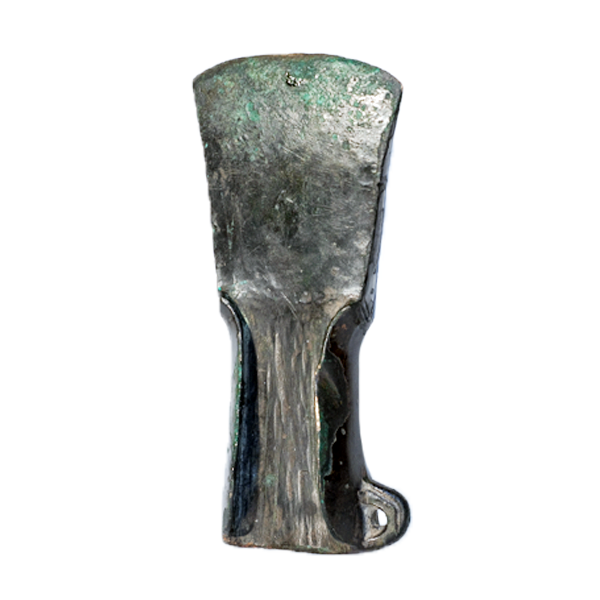