The rich archaeological heritage of Alto Vicentino, with finds dating between the late Neolithic period and the early Middle Ages, is displayed in the Archaeological Museum of Santorso.The visitor experiences the ancient human activity with reproductions of prehistoric objects and a pre-Roman looms found during archaeological excavations in Santorso. The exposition of prehistoric sickles, axes and arrows pots and casting moulds seamlessly integrates with reproductions of tools and a pre-Roman vertical looms, reconstructed on the basis of the remains revealed by archaeological excavations in Santorso. Collections displayed in chronological order are divided into three sections: the first provides an overview of the sites of Alto Vicentino (Sarcedo, Lusiana, Santorso, Schio, Arsiero, Bostel di Rotzo) from the Late Neolithic to the Second Iron Age; the second one presents important findings from the ancient village of Santorso (6th - 2nd century BC), proposing a reconstruction route of the "house-workshop", the section also contains a reproduction of a vertical loom, fully functional to use by the visitors; and the third section is devoted to the Roman and late medieval materials of the first romanization and collections of coins found in a house from the 3rd century AD located in Santorso, late-Roman remains from the necropolis of Sarcedo (4th century AD) and more recent medieval material from Cave Bocca Lorenza. The museum presents itself as a "living reality", which interacts with the public, an open book in which objects tell their story and the story of the hands, which created them. The visitor, more or less expert in the matter, is accompanied on this journey back in time by a museum operator, who acts as a translator of the language of things, which speak of the landscape and its raw materials, but also of the hard-working hands able to draw nourishment and wealth from the ground, encouraging the development of settlements of the past, and in part, also of today. 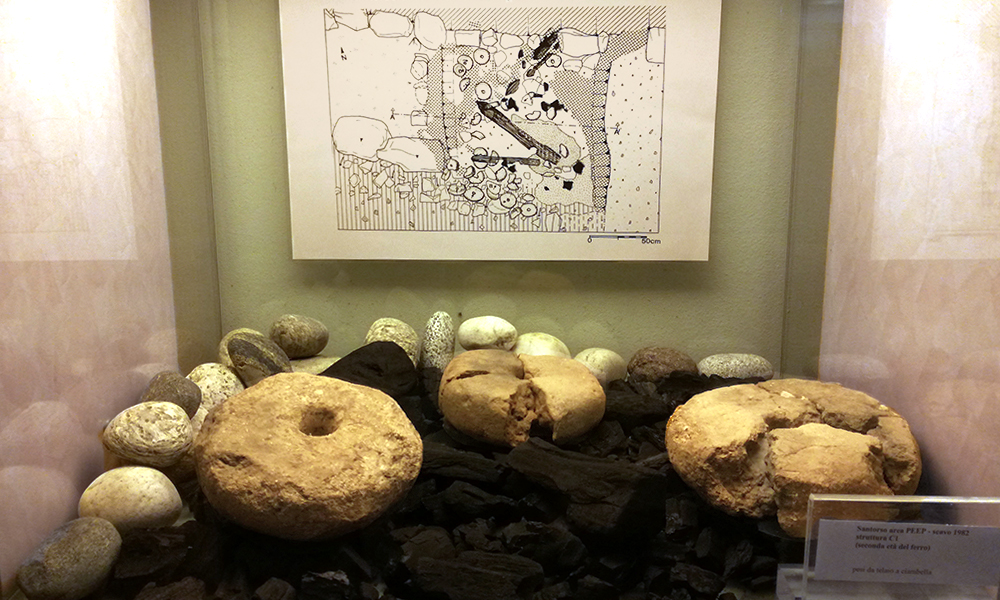 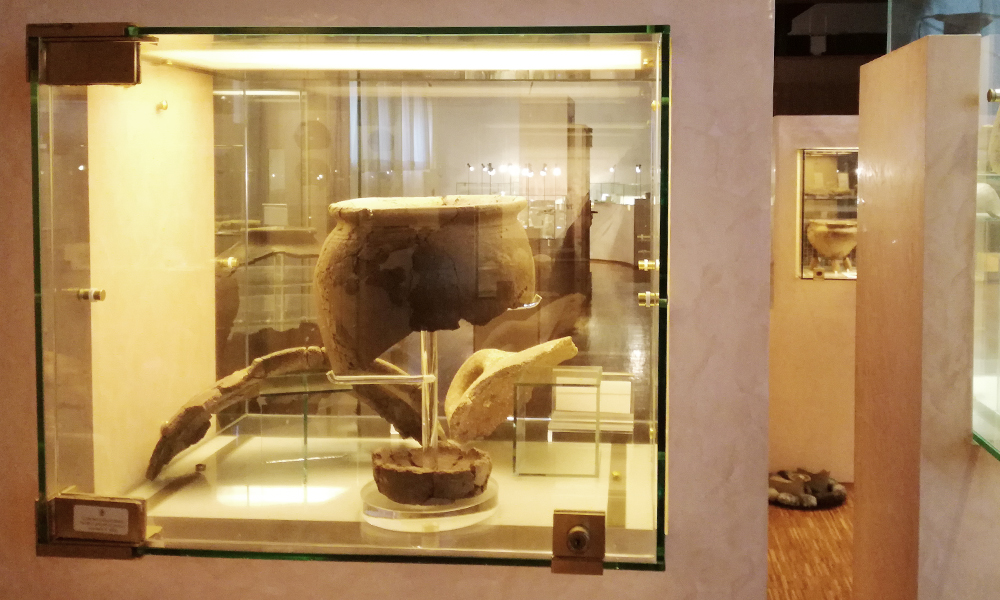 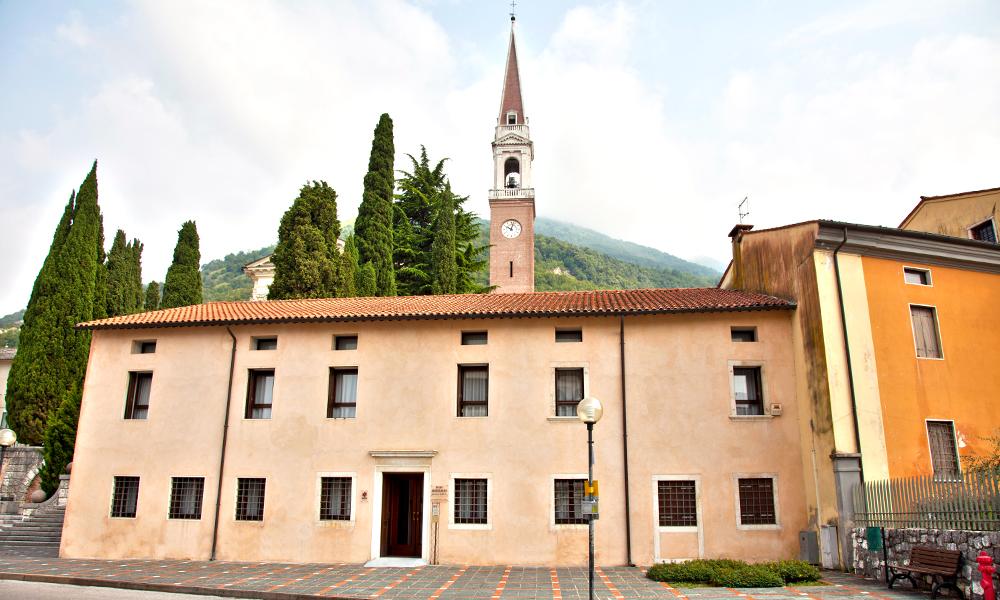 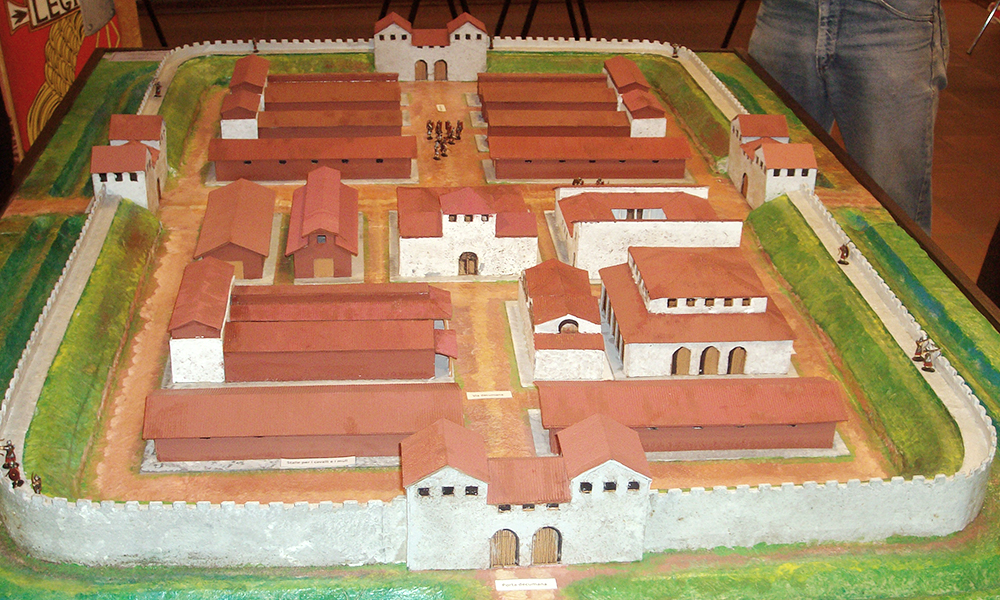 The visit
The Museum offers an active experience for adults and children, a trip to learn about how people lived in ancient times in a pre-Roman village, in a "Domus" and in a Roman military camp, thanks to the presence of plastic models, a fruit of collaboration with the schools of the area. You will be accompanied during your visit by a cultural worker. Section A - Pre-Protohistory in Alto Vicentino (from the 6th millennium BC to the 2nd century AC) Different materials of flint, pottery and bronze coming from Vicenza testify of the spread of places of attendance and towns, starting from the late Neolithic period (4th millennium BC) until the Second Iron Age (6th century BC). The represented areas are: Sarcedo, Lusiana, Piovene Rocchette, Santorso, Schio, Laghi, Rotzo. The exhibition is accompanied by reproductions of flint and metal tools. Representative sites: Sarcedo: ceramic and lithic materials from different "covoli" (small horizontal caves) and structures from the territory of Sarcedo, dating back to the late Neolithic, there is also a sword from the Bronze Age found in the gravels of the ancient riverbed of river Astico. Lusiana: flint and ceramic materials from different parts of the territory; Lusiana is one of the oldest permanent settlements of the northern Vicenza dating back to the late Neolithic and the Copper Age; Bocca Lorenza: the cave along the slopes of Mount Summano not far from the historic centre of Santorso, was the site of attendance of herders during the Neolithic age, it became the burial ground in the Copper Age, and sacred place dedicated to the worship of water in the Iron Age, and then again the shelter of herders in Middle Ages. Rotzo: exhibits in the museum are relevant to the first and oldest settlement from the Bronze Age and the second settlement of the second Iron Age. Piovene Rochette: containing interesting fragments of loom weights of 6th - 3rd century BC. With walls decorated with pseudo-alphabetic signs and other engraved decorations. Schio: fragments of pottery from the site of the Castle of Magrè, home of settlements from the Neolithic period, and one of the most important places of worship in the second Iron Age. Santorso: ceramic fragments from different places across the area, Santorso is one of the Alto Vicentino's sites, which offers important evidence of permanent and almost uninterrupted settlements from the Bronze Age until the present day. Section B - the village of Santorso of the Second Iron Age (6th - 2nd century BC) The exhibition begins with the "house-workshop" in the village of Santorso, excavated in the '80s in the PEEP area by the Superintendence for Archaeological Heritage of Veneto. The finds are displayed according to a topographic and stratigraphic order, transforming the museum in an imaginary journey inside the house, where you can enter the storage space, cross the blacksmith's workshop and enter the loom area. Among the many exhibits, the abundance of metal artefacts justified by the proximity to the excavation areas of the mining basin of Recoaro-Schio and of the transit routes towards the mountain world is really surprising. The recently opened cabinets present the importance of the craft of weaving which was a thriving business as early as 4th century BC, destined to trade in textiles and probably also clothing accessories, such as buckles, bracelets and belt hooks, also on display in the cabinets. A plastic model faithfully recreates the houses of the village and the activities taking place there on a daily basis, as they have emerged from almost ten years of excavation and laboratory analysis. Before leaving the house-workshop to emerge in the "Romanity", visitors can test their skills by trying to weave on a true vertical loom. Section C - from Romanization to the Middle Ages Some displays show how the arrival of Roman culture in our territory, between the second and first centuries BC, completely changed the way of people's life. The plastic model of a domus shows the pattern of life of the upper classes in the cities of the time. The exhibition of 70 coins found during the excavations of a small Roman farm building of the third century AD. In the centre of Santorso, an old dairy plant highlights the severe economic crisis, which affected the whole Roman Empire at that time. The important discovery of a necropolis of the fourth century AD. Sarcedo provides useful information on the lifestyle of the local people of that time, as inferred from the observation of both anthropological finds and the analysis of skeletal remains; the amazing discovery of gold foil stands out among the funeral objects. The Roman camp On the ground floor there is a permanent exhibition on Roman camps, with an encampment of the second century AD. Typical of the Rhine-Danube limes. The exhibition is inspired by the presence of a "Roano Camp" between Santorso and Schio, in the village of Cabrelle, and the presence of other materials relevant to Noric military environment, found in recent archaeological excavations on Mount Summano.
The history
Close

The museum was opened in 1995, following the excavations of the PEEP area of Santorso, where a series of excavations lasted almost ten years uncovering one of the most interesting areas of the second Iron Age settlements in Veneto.
In 1985, the first “didactic archaeological exhibition” for elementary schools Timonchio-Santorso was inaugurated, involving pupils in the findings of currently excavated areas.
The museum began as a study centre of Alto Vicentino, a district with a long history. Enough to think, that with regards to the second Iron Age (6th – 1st century BC), we are talking about the “culture of Magrè” to indicate the foothill areas and hilly areas, which extend from Trissino up to the Asiago Plateau.
A culture characterized by the type of its findings, and the use of a single type of writing known as the “Rhaetian Magrè alphabet”, by a uniform settlement pattern and economy based mainly on agriculture, but which also saw the flourishing of crafts, weaving and metallurgy, with the scope of the business of trade.

The Museum, in collaboration with the Superintendence for Archaeological Heritage of Veneto, is involved in research activities aimed at the preservation and enhancement of the local archaeological heritage. Among its most important projects, the excavations on Mount Summano and the study on weaving tools from pre-Roman and Roman times. The operation of the museum is taken care of by an archaeologist and carried out by museum workers and the workers of the Archaeological Group of Alto Vicentino. 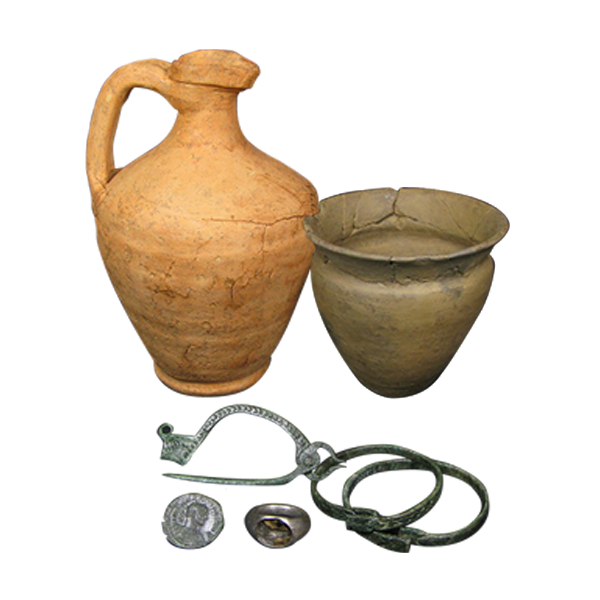 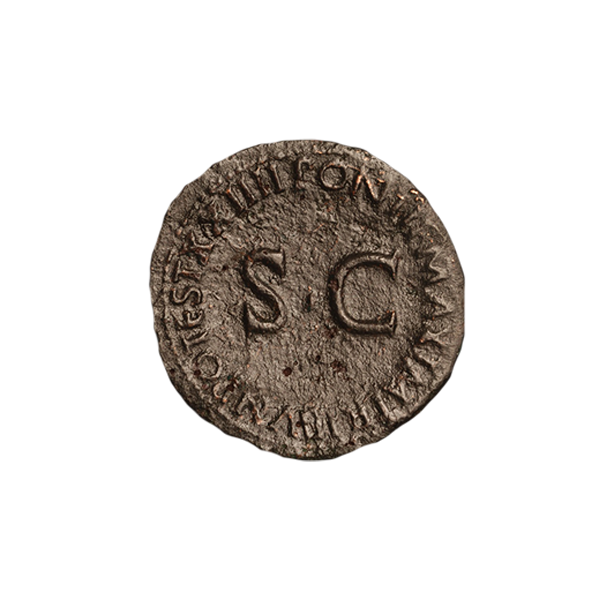 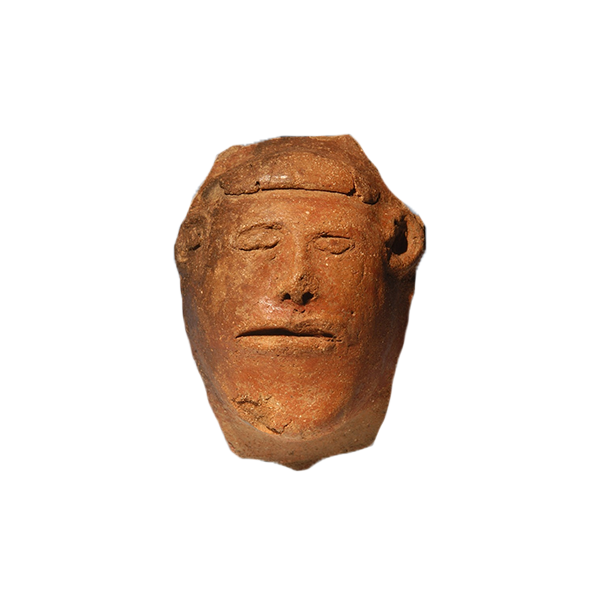